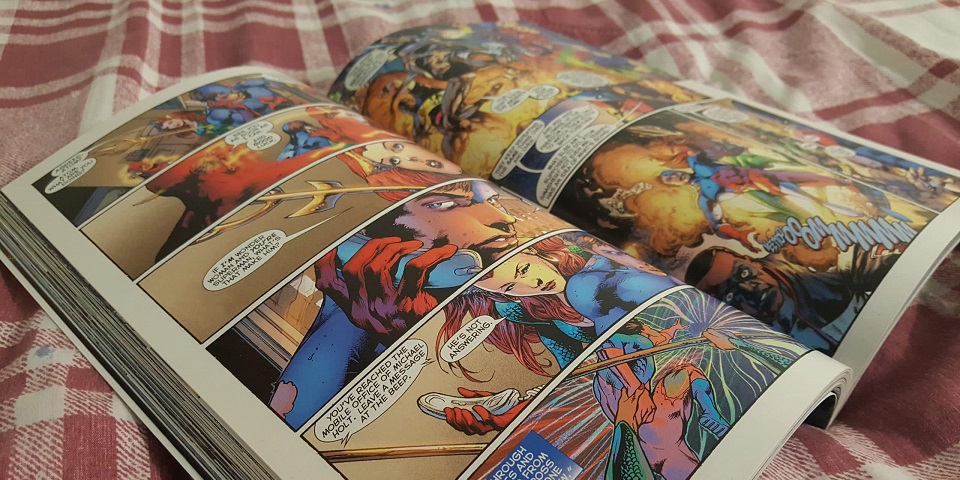 Most of us grew up reading comic books and still do as adults. The smooth narratives, larger-than-life characters, and addictive graphics have found their way into most people’s hearts and deserve recognition. Comics have won several awards, among them, the Pulitzer award given to Maus.

But despite their charm, comics are yet to reach the same level as canonical literature in the eyes of society.

You will find college students with a rich collection of Manga and Marvel and DC comics, and for a good reason. The storylines of comics are easy to follow and serve as leisure reading for students with hectic schedules. But what is in the content of literature? Why not include comics as literature?

Literature as Writing and in Historical Context

A more critical question is whether literature existed before the advent of writing and printing. If literature consists of books and writing, then what disqualifies comic books?

The comic theorist and cartoonist Scott McCloud explores the historical development, language, and the formal aspects of comics in his book, “Understanding Comics.” He links the media narrative to movie criticism and media theory.

Humankind has always used pictures to create stories that depict the society in which they live. These graphics revealed a prehistoric way of life. Some comics hardly have any text, and it’s still easy to understand them.

But can literature exist in other forms other than text?

Literature has evolved from pressed or carved shapes into palm leaves, blocks, and mud, among other substances. The medium used to present art and written language continues to evolve, and it is now in electronic devices. There is no evidence to suggest literature has not evolved as well.

Pressed symbols for a narrative or song in a block are no different than a comic or illustrated version of a popular novel. They all require the same creative resource, and one is no better than the other. It is the same way that one artist uses a canvas and oil paints while another uses carving tools to create works of art that you appreciate.

Words are necessary, but understanding the message is more critical, and comics excel in this, even better than text-only narratives. But still, some will argue that a book populated by artwork doesn’t qualify as literature, but many comics have significant amounts of text. “Watchmen,” once listed as among the greatest novels of all time by TIME Magazine, has large portions of text.

Every year, comics attract millions of children worldwide, and it’s time language teachers gave this medium some attention. But do they show intellectual ability?

Comic books have a unique way of presenting the characters. The sketching and the creation of gutter space all have a purpose to it. An artist like Geoff Johns uses a lot of creative power to create comic characters, which is no different from canonical literature. He uses a symbolic attachment to highlight social hierarchies. This is very much similar to popular literature.

The main view of comics and cartoonists are not serious, which robs them of their long-overdue appreciation.

In recent years, some universities have been inculcating comic books into the syllabus. Comics are a high-revenue-earning industry and are now a branch of popular literature. But the biggest hurdle they are facing is the stereotype as pulp fiction.

Dynamism in the field of literature will hopefully include comic books sometime in the future. The sooner society understands that comic is an art that involves time-consuming and detailed image and text creation and deserves a place at the table of literary works, the better.